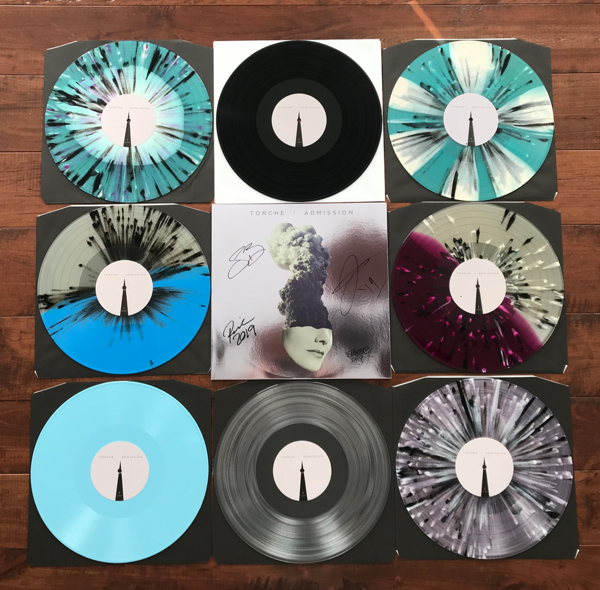 Several weeks ago, I posted the above photo from my personal collection on Twitter.

It sparked a bit of a debate.

I’m a record collector. I’ve been purchasing vinyl and cassettes for over 40 years. There are a handful of bands that I love and support religiously. Torche is one of them.

During the Twitter exchange, it was suggested that since all eight variants contain the same music, I only need one for myself. I am keeping seven other copies out of the hands of other fans.

These eight variants totaled 5,800 copies pressed worldwide. In my opinion, me buying one copy of each did nothing to stop 5,792 other fans from purchasing a copy. There were also cassette, CD and digital versions available.

Here are my answers to some of the questions proposed during the exchange.

– When I said “You snooze, you lose,” I meant it in reference to competing with other collectors. This is not my take on supporting artists and art.

– Yes, I do listen to every record that enters my entertainment room. Including multiple variants of the same record. They all look different spinning on the turntable.

– Absolutely not. I am not a reseller, and I can’t stand people that buy multiple copies of the exact same variant for profit. I collect for my own personal pleasure.

– Of course my records sit on shelves. Does that make me a hoarder? I think not. There really is no better way to store them.

– Yes, I visit my collection daily. All my records are loved.

In addition to being mocked, I was called a hoarder. This was new to me. I’ve never been called a hoarder before, and like I said before, I’ve been at this for a very long time.

I decided to ask some respected people in the music industry their opinion on the subject of “collecting” vs. “hoarding.”

Steve Brooks (Torche)
“Collecting records and variants is rad as fuck! Thank you for posting pictures too.”

Jonathan Nuñez (Torche)
“I don’t think it matters, unless someone is buying a bunch of each color to hoard them.”

Megan O. (Couch Slut)
“As a musician, it’s still money in my pocket regardless of who is buying however many copies. I will say, though, that we had a couple people try to buy four or five copies of the MLAAW repress, and we told them only two per person, but only because they were very limited and in high demand (for a small band) and we were doing everything ourselves for that repress. There have also been some people listing the original press on Discogs for hundreds of dollars – with one copy selling for over $400 or something. In general, I don’t give a shit about what other people choose to do with their time and money and bodies, so long as it’s not harming someone else. I personally have own multiples of things I really love – one to use and one to keep “for nice”. I bought four pairs of those Steely Dan pants because they’re limited and I know I will wear them for many years to come. Hoarding, in my mind, doesn’t really apply to physical copies of music, especially since you’re an avid collector and probably have them kept in a relatively safe and protected fashion. It becomes a problem when one starts hoarding things like buckets of urine or dozens of cats or whatever. In regard to Torche, they’re fine but Floor are a FAR superior Steve Brooks endeavor in my meaningless opinion.”

Steve Scavuzzo (Clouds Taste Satanic)
“Of course not. I’m always impressed with people who own multiple variants of the same record but I would never use the word hoarder. As we found out, tempers run high when there is limited supply.”

Willow Ryan (Body Void)
“Hmm, I’ve never thought about it before. I can’t say it matters to me though since vinyl is kind of a luxury collector thing to begin with in my eyes. I buy vinyl to have a beautiful physical version of an album I like or to support a band I like. But there’s no actual scarcity or barrier to hearing it if there’s a digital version. And tbh from the label’s pov they want people to buy multiple variants. That’s one reason why they do them I imagine. And in our case it just means there will be more pressings.”

Conan Neutron (Conan Neutron and the Secret Friends)
“Some folks want the different variants! It sparks joy. That matters to me.”

Tim Bowness (no-man/Burning Shed)
“That’s an interesting question. Ultimately, all musicians want to reach / touch as many people as they can with their music. However, collectors of physical music are vital in ensuring that musicians get some financial reward for what they do (financial reward which is usually put back into the creation of music via paying for equipment, recording or players etc).

On a personal level, I have some albums that I have more than one copy of (typically a CD with bonus tracks and an LP). Additionally, albums may be included in larger box sets which I may have. So, I have several albums twice over and a few three times over. It’s the music that matters, but physical presentation can and does bring added value and dignity to music that matters.

I guess I’m ambivalent about this. If a genuine fan buys all formats of my releases (which happens), I’m flattered. That said, one situation where I’d understand the preventing other fans from getting hold of the music argument is if someone bought 8 identical copies of a limited colour vinyl (for example).”

Josh Thieler (Uzkost/Cursed Breath PR)
“Seriously???? I love Torche. I probably don’t have the records you have. But I don’t care. I should have bought them. It’s not your fault. Bands make all these variants hoping people buy more than one.”

Mike McGinnis (Rid Of Me/Fight Amp/Knife Hits Records)
“Is this recording available on other formats and/or digitally? If so, then you’re not denying anyone anything besides a collectible that you put the work into acquiring. If you were a reseller it might be a bit different, but even that is questionable because vinyl is a luxury item at this point. You’re not denying anyone access to clean water or food, let alone even the art itself. Also, I’m sure if someone came to you and pleaded their case and explained they had no other way to experience their favorite band, being a reasonable person you’d understand and sell them a copy at a reasonable price. People buy multiple copies of different variants from me all the time and those people are saints. They get me to second runs or presses, they help keep me afloat.”

Christine K. (Tridroid Records)
“Not at all, and I say this as someone who releases multiple editions of things – I understand that level of completism and still manage to make enough copies of things so fans can grab one. It’s part of the game.”

Daniel Dolby (Mastiff/Trepanation Recordings)
“Not in the slightest mate! Own as many damn copies as you like! It’s your collection that you’ve paid for and it’s of no others concern. At the end of the day the bands appeal to collectors when they release so many different variants and I’m 100% sure they wouldn’t care that you have 8 copies (the bands on my label certainly wouldn’t)! It sounds like jealousy to me. Oh and Torche fucking rule!!!”

Enjoying the content I post here? You can show some love by sharing your music on Inhale the Heavy or by contributing to my coffee fund. 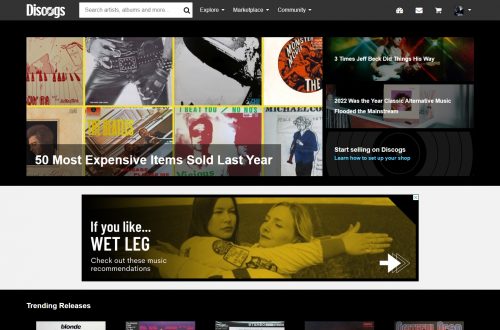 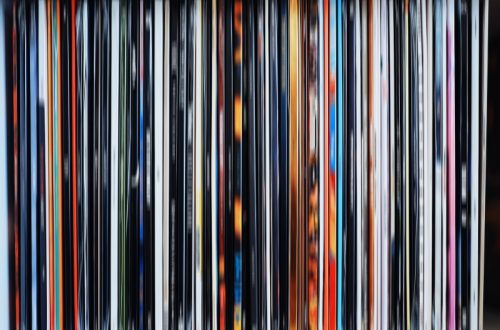 Never miss an offering or giveaway.

Physical media and more from the collection of Ken Kopija.

Like a piece of shit you either sink or float…